I would like to take a moment to introduce myself and explain what this blog is all about.  My name is Lindsay Somerset and I am stay at home dog mom to three rescue dogs. 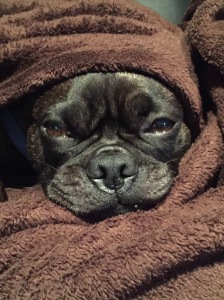 Max is a seven year old male Boston Terrier/French Bulldog (a Frenchton) that we adopted about five years ago from Alberta Bulldog Rescue . 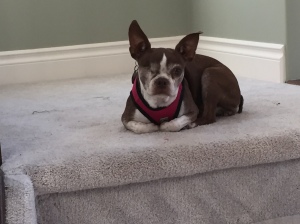 Freckles is a three year old, one eyed female Boston Terrier that was a former backyard breeding girl that we adopted from Barrhead Animal Rescue Society . 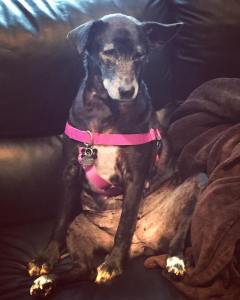 Dolly recently joined our family back in January.  This seven year old mixed breed was rescued from the illegal meat trade in Thailand.  She was brought over to Canada by Zoe’s Animal Rescue where when I saw her story, I fell in love.

Along with having three adoptive dogs as part of my family, I also volunteer with two local animal rescues here in Edmonton, Alberta, Canada.

I already have another blog, LindsaySomerset.com  where I write about food, travel and life.  I have done a number of posts about my dogs, including one titled Why I Adopt.  So why create another blog?

Animal rescue is a huge passion of mine.  It’s something that I will always be a supporter of and be very outspoken about.  The purpose of this blog is to try and educate and inspire people about the realities of adopting and rescuing a pet.  I feel there is a lack of education regarding animal rescue including everything from why spaying and neutering is essential, to animal rescues not adopting to households where everyone in the house is not on board with the adoption, to why animal rescues will not adopt to people to rent to why your adoption application was not selected (hint: it’s never on a first come, first serve basis).

As someone who volunteers and follows many animal rescues, I sadly see the same things over and over with people wanting to adopt and people surrendering their animals (yes, there are legit reasons but, some are not).  I’ve seen different animal rescue organizations be attacked online for their policies and even people accusing them of “stealing their animal” (FYI: animal rescues do not steal or ever remove people’s animals, so that’s false).

Animal rescue is amazing but it can also be very difficult at times.  There are many stories of happy endings but then there are also many stories with heartbreaking endings.  It sadly goes with the territory.

I also want to use this blog to feature and highlight a lot of amazing rescues as well as some great products that benefit animal rescue organizations.

I realize that not everyone will agree with my take on things, but that’s ok.  What I want to is to create dialogue and if I can help educate one person, it will be worth it.