One of the the many questions we were asked about Dolly (and I’m sure many mixed breed owners can relate), was “what is she?”.  The problem was, we did not know. We made guesses based on what she looked like, her temperament, and even her body size, but we still didn’t know.

As Dolly was rescued from the illegal meat trade in Thailand thanks to Soi Dog and brought over to Edmonton thanks to Zoe’s Animal Rescue Society last year.

She was listed as an “unknown” breed as it was extremely hard to tell what she could be. Thankfully, her former foster mom asked me if I would be interested in doing a DNA test to find out what breeds she was (as there was no chance she was even remotely purebred, especially coming from the streets of Thailand).

We decided to use a company called DNA My Dog as Dolly’s former foster mom had used them before on both of her dogs and other former foster dogs.  The great thing is that it’s super easy to do, as you swab the inside of their mouth, place the swabs in the envelope and send it off for a lab analysis. The samples can be viable for up to 3 weeks in the envelope, so even with slow postal service you can still get it analyzed without expedited services.  The results take on average two weeks to get and the company that does it is Canadian (automatic win for me).  The hardest part out of all of it was the waiting. I’m sure I bumped their online ranking a few spaces with how often I was refreshing the page to see if her sample had been progressed.

They asked us to write down our guesses as to what she might be.  We thought for sure there was some level of terrier in her (Rat Terrier was a strong guess).  Many people who saw her thought she had Lab and or possibly Border Collie.  It was just so hard to guess as purebred dogs are few and far between over in Thailand and they definatly do not end up on the back of a meat trade truck.

So what is she?

The results came back with her listed as Akita, Brittany and Chow Chow.

She’s listed as Level 2 Akita which means it’s her predominant breed.  She’s roughly 37-74% Akita meaning one of her parents was an Akita or Akita mix.  It’s not surprising as they are a breed originally from Asian countries.  I was quite surprised at first until I looked at some photos of Akita’s and saw the resemblance. 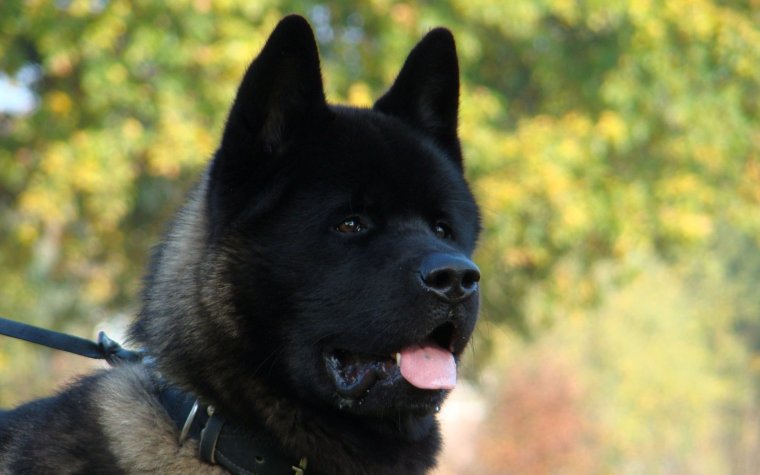 What I was also impressed with is that not only does DNA My Dog break down the percentage of breed, it sends you some information about them including health concerns.  Apparently Akita breeds are known to suffer from auto immune skin disorders, so that makes sense considering all of the skin issues Dolly has.  Dolly also loves to chase anything that moves and loves to carry around things in her mouth (such as socks and Freckles sweaters).

I honestly had to look up what a Brittany breed of dog was.  Apparently they are a Spaniel.

The temperament of this breed describes Dolly perfectly.  She’s a good natured and sweet girl.  She also has a joy for life and is very enthusiastic about things she loves.  She is also a very sensitive dog and does not respond well to stern treatment.  She is very timid when she becomes scared.

The one that really surprised me had to be finding out she’s also 20-36% Chow Chow.

That is one breed I honestly could not believe she has in her.  She does not have really any of the behavioural traits of a Chow Chow but, there was one health concern that caught my attention.  Chow Chow’s can develop an inward rolling of the eyelid and when Dolly arrived in Canada, she had to have surgery correct and inward rolling eyelid.  I suspect she’s on the lower percentage of Chow Chow, and as she was a level 3 for Chow Chow, that’s not surprising.

The results were surprising but, they do make sense after I’ve had a chance to do some researching on each breed.  If you are interested in finding out what your dog is, you can go on the DNA My Dog and order a DNA kit.  The results may surprise you.