Recently, members of the Alberta Veterinary Medical Association voted to ban procedures such as debarking, tail docking, piercing and other cosmetic procedures that are deemed as “medically unnecessary”. One of the procedures listed is one that many involved in animal rescue and welfare have been fighting to be banned is the declawing of cats.

Thankfully, more and more places in the world are starting to ban this unnecessary cosmetic procedure.

So why would anyone want to remove their cats claws?

There are cat owners out there who do so to prevent their cat from scratching (which is what cats naturally do).

What does it mean to declaw a cat? I will warn readers who are unaware of the procedure right now, it’s quite gruesome and I am choosing to not show any images of it.

It is not a simple surgery that removes the cats nails or anything like a manicure. As cat’s claws are attached to the bone, declawing involves amputation of the last bone of each claw. In humans, this would be akin amputating each finger at the last knuckle on a hand. I won’t go into much detail, but as you can image it’s quite a gruesome surgery for any vet to be asked to perform.

The procedure itself is awful and then there are the complications that can arise from the procedure. As the soft tissue is still attached, it’s incredibly painful for a cat to put weight on their feet following the procedure. As with any major surgery, there is a risk of infection, tissue death, lameness and nerve damage.

So what can cat owners do to deal with their cats scratching rather than get them declawed?

There are a variety of options for cat owners that don’t involve surgically removing your cats claws that are much more humane and cheaper (because as with any medical procedure for your pet, it’s not cheap).

Another option and a very popular option is to get your cat a scratching post. These can be found at pretty much any store that sells anything for pets. If your cat needs some incentive to use it, try rubbing some catnip on it.

Many people are of the belief that cats scratch items because they are behaving badly instead of realizing it’s a normal behaviour of cats. Cats scratch because they are removing a dead outer layer of their claws, marking their scent (as they have scent glands on their paws) and to stretch their bodies.

Many people are of the belief that unlike a dog, you can’t train a cat and that’s simply not true. Like dogs, positive reinforcement is recommended. When your cat scratches where you want them to, offer them praise and a reward such as a treat and pets. Never yell or throw items at your cat if they are scratching. Instead, behavioural experts recommend that you make a loud noise such as clapping your hands if you catch them scratching something they shouldn’t be.

At the end of the day, cats are going to scratch. Expecting a cat to not scratch is like expecting a dog not to bark or a child to never cry. It’s not going to happen. 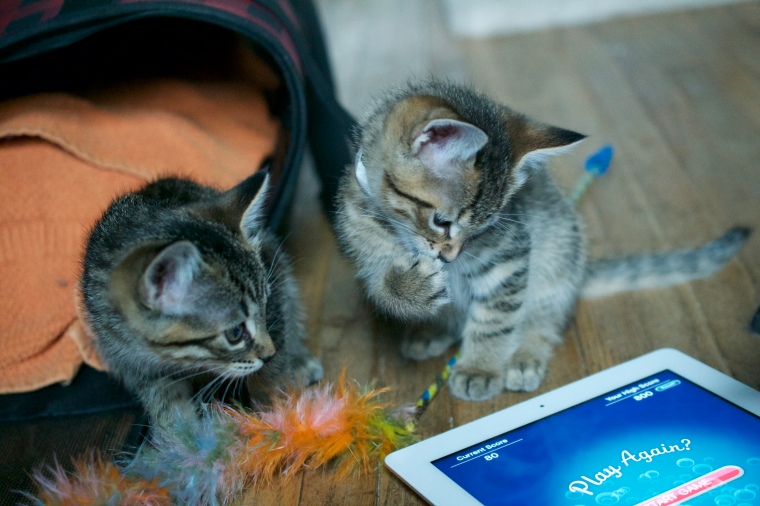 So if your solution to a cat scratching is to surgically remove their claws or to give them away or worse, abandon them, I would suggest never owning a cat.